Why everyone seems so much ruder these days (but probably isn't) 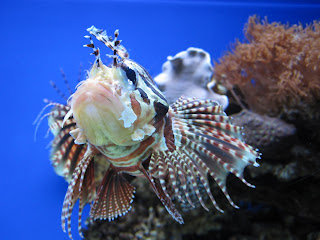 Lise said…
I think it depends on the situation. If someone is talking on her cellphone while shopping, that's a preference. If she's talking so loudly that everyone around her is forced to listen to her conversation, that's rude. If she continues talking while checking out, that's rude to the clerk.

Perhaps the dividing line is the amount in which cell phone usage encroaches on someone else's space.
June 19, 2010 at 1:07 PM

MommyTime said…
I do think that these things are dependent on the situation and the common culture of particular places. I don't see anything rude in walking around the grocery store chatting to a friend, especially since I never run into anyone I know at the grocery store anyway. On the other hand, I would feel rude if I continued the conversation while checking out, since at that point, I feel like I am supposed to be interacting with the clerk. But I can see how things would be different in small towns.

I would say, though, that texting while driving is a completely different issue in my book. It's not about rudeness at all; it's about safety. As far as I'm concerned, one cannot drive safely while using thumbs to text and eyes to read texts.
June 19, 2010 at 2:44 PM

Ed T. said…
I think the line is crossed between being "annoying" and being "rude" when you start to impose on others. For example, talking while shopping may be OK (though annoying), while continuing the conversation while checking out becomes rude if/when your conversation delays the completion of the transaction, and forces an unnecessary delay on others.

I agree w/MommyTime, however, texting while driving is just plain dangerous. I actually did it a couple of times, no more than "OK" each time, but it didn't take too much to realize it wasn't safe.

Magpie said…
Well, there's public and there's public. Walking down the sidewalk in Manhattan? I've been known to talk on the phone, and it sometimes seems like half the people on the street are also on theirs. In my commuter train? Cell phones are frowned upon, and most people respect that.

I also seem to end up on the phone at Target, and I run into people I know there almost every single visit. But, I don't recall ever running into people while I'm on the phone...
June 22, 2010 at 1:54 PM

August 29, 2007
When we lead our shiny, trepidatiously excited little children to kindergarten in Big School for the first time, I think our real fear is what school will do to our children, what it will turn them into...what they'll learn outside of the lesson plans. I think we fear this because every one of us knows exactly what else we learned in school...the things our parents probably never knew about directly (although I expected they figured it out to some degree, having been there, done that too). I think we fear this because every one of us on some level spends the rest of our lives undoing at least one thing we came out of school with that we don't really like. I've never heard anyone say this out loud, but I think we all realize that school will be, to some degree, both the making of and ruination of our children. And we know our job has transitioned from CITB (Chief Influencer of Thought and Belief) to PUP (Picker Up of the Pieces). I'm not being melodramatic, friends.
19 comments
Read more