The Mighty Ducks: How new media successes got to be such lucky ducks 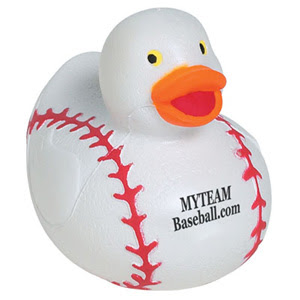 I also think that this particular media is built, or is being built, in such a way that it's damn near impossible to put your finger on what "success" is.

More importantly, It's really hard to quantify why we are so eager for it, that illusive "success."

I think it's because what we do is so new, and the ceiling hasn't been built yet, so we all aim so unimaginably high that we can't benchmark ourselves very well.

I try very hard to remember the day I started my blog, and why I did, even though I had no idea there were more of us out there. I try to remember that I just wanted to write, and I wanted to learn how to type more than 15 words a minute.

Mayberry said…
I'm still looking for those elusive answers ... and can't wait to see what you and others have to say. Your duck metaphor is excellent.
March 2, 2010 at 10:53 PM

The whole idea of success is so elusive too. I've been blogging for what? 4 years? And I still don't know why I do it, other than the incredible people I've met along the way.