She Used to be My Girl 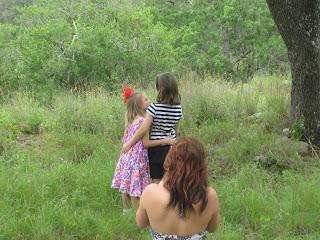 In a time of white wicker, macrame, and ferns...when the pointed collars of polyester shirts brushed the tops of short-sleeved sweaters that bloused gracefully over flat fronted jeans with bottoms like bells...and the most popular Halloween costume included fluffy felt skirts with a black poodle applique and bobby sox...
Sunday nights were devoted to the Nancy Drew and Hardy Boys Mystery Hour -- our one television program we got each day -- but Saturday mornings, those were reserved for Casey Kasem.
His smooth, familiar voice announced the country's most popular songs each week, and I listened patiently through the countdown, measuring my favorites against what my fellow countrymen preferred. I adored the inside scoop about the rock stars, such as the story about the guitarist from Jefferson Starship who loved to skateboard. I thought of my own blue board, and felt a kinship.
I also felt a kinship to listeners around the nation, as Casey sang out their radio station's call numbers and town names...KMEN in San Bernardino California...places like me in music but unlike me in so many other ways. I'd wonder about the people there.
Did they, like me, lay on a yellow floral canopy bed listening to their AM/FM radios? Did they see gold cars on the roads to match gold appliances in the kitchen? Did they tune out the mellow hum of suburban lawnmowers, fathers in high dark socks and shorts keeping the well-maintained look of a master planned community?
Or was their life exotically different?
I'd listen to the long distance dedications, new that year of gold and yellow and white wicker, and wonder about the people behind the stories spilled so emotionally in the letter, shared with all of us by our mutual friend, Casey.
What letter might I write? I imagined, each week in my head what I might say to Casey and which song he might match my letter to, or which song I might request.
Thirty-two years ago I lay under broad splashes of bright flowers on a canopy and waited anxiously as Casey counted down the top songs. Back then, there was no choice but to wait. We listened to radio live, had to make time, and watched television when it aired. You answered the phone if you were home, but otherwise people had to be patient, wait, and try again later.
On a hot summer day in 1978, I heard a blur of styles in the top half: classic R&B from the O'Jays, still hot disco from Donna Summer, rock Runaway from Jefferson Starship, hot-blooded hard rock from Foreigner, and finally...finally, the still number one hit from your very, very favorite, poster-on-the-wall spend-allowance-on-Tiger-Beat-magazine-because-he-was-on-the-cover (and usually it was Shaun or Leif) most loved favorite Andy Gibb, and his song Shadow Dancing.
I hid in my bedroom, knowing friends lay outside the door and on the other end of the phone and I listened, singing along quietly. After, if I wanted, and I usually did, I could put the record on the player and listen again...and again.
There was plenty of time, then, to sit and listen. Plenty of time. Plenty of space and chance and possibilities. Plenty of hope to get to see some of those cities Casey mentioned, clothes in a battered avocado and turquoise floral small suitcase.
Going somewhere. Then, it was all a countdown leading somewhere. But it took time. Now, I think all I can do is run after time, hoping to catch it and grab a few minutes.
Because somehow in a bright blinding flash it is not me on that floral bed but my own daughters, listening to iPods and music on demand, with no idea of other music other people like and who those people are or what their lives entail.
It's funny to me, how in a time when the world is smaller than ever, we are more unaware of what lays outside our closed doors.

Nicole B. said…
Lovely post. I am embarrassed to admit that I started to listen to a pop station during the summer and learned that Ryan Seacrest is now the host of American Top 40. So it lives on, but just not sure how many peeps listen.
October 20, 2010 at 11:41 PM