They Get What They Deserve: Lessons I hope we're learning through social media tragedy 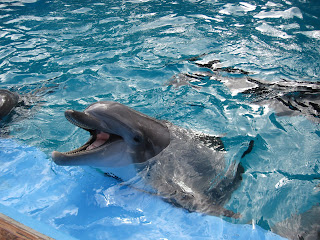 The other day I listened to one of the most brilliant modern satirists, David Sedaris, talk about his new transition into fictional stories, where the main characters are animals (David Sedaris, Anatomizing Us In 'Squirrel' Tales). These aren't fables nor are they for children. They are instead modern Grimm's Fairy Tales of a sort -- although Sedaris claims they have no moral to them (I think they do, in fact -- any satire of a culture includes a lesson, if you think on it).
Sedaris said:

"Fables have morals, and not all of these do," he tells NPR's Steve Inskeep. "So I wound up calling it a bestiary, which is just a book in which animals do things that people do."
In contrast to classic animal fables like Aesop's "The Tortoise and the Hare," there are few identifiably good characters in Sedaris' stories.
"I don't think our world is as black and white now," says Sedaris, who consciously avoided Aesop and La Fontaine as he put together the new collection. "Sometimes in these stories, you'd kind of be hard-pressed to try to sort of figure out who's the worst."

Has our moral and ethical line become horrifically blurry and dynamic, to the point that we --even those who self-identify as "good people" -- can't tell when we've crossed a boundary into harm?
The article shared an example of a tale that hit particularly close to home for me:

Several of Sedaris' tales were inspired by the unbecoming behavior of others. In "The Sick Rat and the Healthy Rat," a healthy lab rat belittles her dying neighbor by claiming that he brought the illness on himself with his "hatefulness and negative energy."
The inspiration? People Sedaris knew, suggesting that certain sick people deserved what they got.
"I would hear them talking like that, and I would think, 'When did you get crazy like that?' " he says. "So I sort of found pleasure in writing about it in a fictional way. Instead of doing what I would normally do. Which is just condemn them."

Anonymous said…
Julie - Thank you. I am thinking about these things all the time - because I am a genx parent of a tween boy. I feel sure we have imparted our values, but unsure of his ability to apply them independently in the face of the giant that is social media, plus peer pressure/behavior. So, we really don't allow him to have any access to the giant right now.

As an aside, I may write about this today - I think the power of positive thinking has a dark side. I take exception to the notion. I think you touched on that here and I am inspired.
October 1, 2010 at 7:54 AM

Bon said…
yes, absolutely. the "just world" phenemenon, where we cling to the belief that things must happen for a reason, and thus those to whom they happen must be different from us.

in light of all the Education Nation talk in the US the past week...i wish i heard more about teaching kids to understand and use the power to express themselves responsibly. i think it makes more difference in a lot of individual lives (for good and bad) than testing.
October 1, 2010 at 9:19 AM

when i said i am handling things with my kids in terms of their respect for privacy and social media i should have clarified. i guess what i meant to say is that i have a very good handle on teaching my kids personal space, respect, and concern for others in the REAL world. that isn't to say that the internet isn't the real world, but at this point my young kids do not have cell phones, i pads, laptops, and their internet use is limited to PBS kids or American Girl less than an hour a day. my hope is that by teaching them tried and true, old school manners, compassion, love, respect, and boundaries in their everyday life at school, on the bus, at home, at swimming lessons, judo, etc. that they will have a solid foundation with which to work with when they are given the (too?) powerful tools of social media

Christine said…
one more thing--a big fear of mine is the "anonymity" and distance the internet, etc. gives to people. it can be a very, very difficult thing to hurt someone right next to you, but it can be easier when there is physical distance between kids with the only connection being a keyboard on a laptop or cell phone. we've all seen how cruel some people can be when commenting on blogs, etc. would those cruel commenters say those same things directly to people's faces?

also, social media takes gossip to the extreme--instead of whispering in the locker room slander is posted on facebook. the extent to which one can spread lies and dish on others now is frightening.

what i guess i am trying to get at is that maybe we need to teach children that three are REAL people behind the computer screen. maybe if we teach our kids how to actually, physically speak to people (notice how rude kids are on the phone these days?)then perhaps they will have a better sense of the humanity behind the web.
October 1, 2010 at 11:08 AM

You really are my hero! (And your hubby is pretty smart, too!) As in so many things, social media is a tool that can be used positively or negatively.

Being of the Atari Generation (that's my new term -- I hate Generaion X), I think we have a different perspective. We remember life before answering machines, not to mention cell phones. If a friend had called me during dinner, I would not have been allowed to answer. Now I see multiple family members texting during dinner. We have to teach our children that gossiping, bullying, and cruelty are as real on-line as off. And respecting someone's dignity, if not privacy, is a constant value, even in the age of phone cameras and you tube.

Deb Rox said…
Brilliant, Julie, the way you lay this out.

Dignity is the essential bottom line I teach my kids. Do your actions degrade someone, a group of someones, yourself? Humor writers/comics talk about this all of the time--when does humor, even self-depricating humor, cross the line?

I am midway through the new Sedaris and it is brilliant. Scathing. Awesome. Insightful. One in particular, a hairdresser working on a cat's fleas and trying to bond by dissing other animals is amazing. The hairdressing animal finally successfully lands on hating dogs as a topic they can bond with, even though she admits to the reader than some of her best friends are dogs. I need to find that NPR interview, Sedaris is the best.
October 6, 2010 at 10:13 AM

Magpie said…
This is interesting, Julie. I've not given a lot of thought to this - in the same way that Potter Stewart recognized pornography, I recognize inappropriate behaviors on the web. But it does need to be better articulated all around, because yes, we're living in that world and we need to keep reinforcing dignity and compassion and tolerance are what we should be doing - not cruelty, and malice, and intolerance.
October 6, 2010 at 1:54 PM

Nicole Pelton said…
What a great post, boy do you do your research, using social media for good. Love that bumper sticker. I've got a much shorter post in the works about simple things I'm teaching my kids.
October 11, 2010 at 2:10 PM