A Manifesto of Sorts About Sexism: You don't know from discrimination, sweetheart, and other divisive fallacies 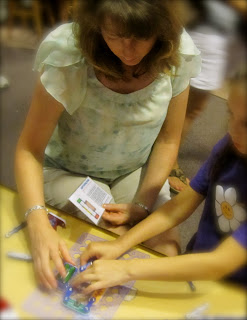 Consistently I read stories, articles and posts about sexism that divide the women's movement into two distinct, mutually exclusive camps:
1. The system inherently discriminates against women, as do the people within it who continue to subscribe to it, and people must fight to remove this to open up bigger and better opportunities for women; and
2. Women must view themselves as their own change agents and foster their own inner potential, thereby breaking through any perceived glass ceilings through hard work and continual success that stems from belief in themselves as leaders and succeeders.
The problem with this subscription to one or the other camp is that it fosters a high school football team style loyalty to one side, with a competitive disdain for the other.
I read a post that subscribes to Fostering Inner Female Success and the skepticism about an inherently discriminatory system boiled over into outright disgust for the whiny self-described victims. I read a post that subscribes to Fight the Discriminatory System and the aversion to naivete about hard work being the secret to guaranteed success boiled over to antipathy and contempt.
Not all tales are so full of derision, of course, but I just keep seeing this ever-widening, consistently reinforced divide. And I call BS on this -- that these two points are mutually exclusive.
It's naive to subscribe one or the other exclusively.
In general, most women who talk about discrimination are not being whiners; they're trying to reveal that the Emperor has no clothes and they are perplexed and stymied as to why some people keep insisting that he does. In general, most women who talk about teaching women to do for themselves are not oversimplifying and ignoring the real issue; they are seeing that from girlhood, women need to reinforce that despite whatever kind of world there is out there, they have what it takes to accomplish what they need.
I've been in the work force since 1985. That's given me occasion to see plenty of situations in which women did and did not succeed, or where women were able to balance their lives or were forced to choose. We like to think that success is within our control, and that if we do everything right, we can win at this game.
I sincerely hope the current economic situation and the many, many 99% stories floating around the Internet has taught us the fallacy of this line of thinking.
The truth is that there is inherent discrimination -- of all types, but for this discussion, let's focus on women -- in the system. The truth also is that we need to foster belief in women of their ability to climb the ladder as far as they'd like to go and accomplish what they'd like to, in as much as that is reasonably possible and knowing that goals shift.
If we really want to enable women to succeed -- and by virtue of their success, all of us -- then we need to work to improve matters on both fronts, together. United.
Also, we need address the other two elephants in the room:
1. Generational differences in experience and belief
2. The much changed work environment of the 21st century
When I entered the workforce, I was given two pieces of advice by a female attorney friend of the family: never let them know you can type or make a pot of coffee. She also suggested growing nails just long enough to inhibit typing.
As a writer, this would never have worked. But I caught the message, the meaning between the lines. Despite having the same JD from the same school as many lawyers in her firm, she was still grouped with the secretarial pool. That's how things were back then. I learned to discourage men from ever complimenting my appearance, which is how many had been taught to interact with women, because of rampant sexual harassment and the problem of being viewed as "Woman" instead of coworker. I wore shapeless suits and pants.
My experience is different than women entering their 20s and the workforce today, as it is different from women the generation ahead of me. We've experienced change, but I'm not ready to commit yet to calling it progress. Progress is defined as steady improvement of a society. We have not, actually, steadily improved in equality, though we have made advances on a number of fronts. Many have mistaken potential as true opportunity, thus believing in progress for women's quality.
However, one of those changes -- the current economic downturn and recession -- are full of potential to create true progress. Today's technology combined with a heavy opportunity for small, niche businesses can be the way to foster equality and women's success. Smaller business can also better mentor young women.
Flexibility, telecommuting, improved technology and other tools plus an entrepreneurial environment opens up the door for women and men alike to better achieve their personal and professional goals with solid balance.
But we must work together and we must acknowledge that this benefits everyone -- not just women, and it's not a selfish goal -- and it requires improving the system for better true opportunity while fostering girls and boys to realize their own personal potential.

MARY G said…
Yep. Both. I am going to give you a locally famous quote from the first woman to be mayor of Ottawa, circa WW 2.
“Whatever women do they must do twice as well as men to be thought half as good. Luckily, this is not difficult.”
Charlotte Whitton.

It was an uphill scramble in 1964, when I entered the workforce. I have two daughters in their forties and they have had battles to fight. Not sure what it is like for the newest workers, but I get dismayed that women TV hosts, etc, are all cookie cutter groomed and easy to look at. The long, blonde loose hair offends me.

My dinosaur of a husband still does not get it. I will go to my grave talking.

What I told my young daughters was this: develop a skill that will allow you to be self-sufficient. You will need it. They did.

Amanda said…
I was in a meeting and was by far the youngest person there. My interest and advocacy for including an online component to our efforts for offering seminars has been scoffed at with derisive murmurs that they'd need another source to determine if what I'm saying was valid.
Fine, I trust my position enough to happily wait for them to do that. What killed me at this meeting was the chatter early on about how people will make a to-do over anything, in this case they were referencing a woman's assertion that a man had been inappropriate in the workplace. "It isn't relevant," one said, "Totally predictable from a woman," said another. No one blinked. I was incensed, but gauging the room, I knew that if I said anything I'd be less relevant than at anytime to date. I bit my tongue and I resented that we still live in a society where it is ok to assume that a man was within his rights with what he did.

Mary G I know that quote well. Your advice is perfect. As for men, the very good ones try to get it, some do, and many refuse to even acknowledge. PS I'm also not a fan of this extension trend.