Life is chaotic, so why not? Just some random thoughts 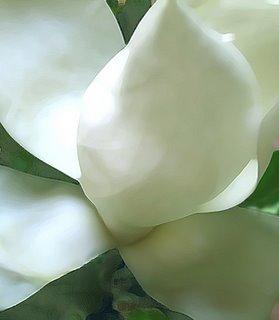 This image makes me feel peaceful, like there is order we can achieve, now and again, and things can go right.

I am sometimes ovwewhelmed by the people who depend on me in varying ways and to varying degrees.

I have finally realized it is absolutely impossible to make another person happy.

Veronica Mars. The boyfriend had a baby with the friend. Both were 18 and she died. Somehow, he had no rights to the baby. Huh? Doesn't he have parental rights? Why would the FBI be after him?

I am clearly far, far behind on my TV viewing and may never catch up. People know I am behind. They know I hate spoilers. So why do some people so enjoy spoiling things like American Idol for me? Why ruin it?

I'm a little nervous b/c it's been a couple of days since a catastrophe occured.

I think sometimes the Brits say whckadoo things just to impress us provincial Americans. In other words, I wonder whether they talk that way amongst themselves.

Nobody I know looks at me weird anymore, even when I say things like "doggie playdate." Either I am homogenized or live amongst others just like me. And would that make me pasteurized?

Speaking of, why don't people distinguish among: between and among, types of reasoning, and smart leaders versus scary mean bad leaders?

Bush's approval dropped to 29%. He's in the record books for sure now!!

My younger daughter sat in my lap and cuddled quietly, no demands or wiggling, this morning for a bit. Nicest part of the day. Nearly as rare as a real photo of Nessie, but there you go.