You Ought to Be Ashamed of Yourself 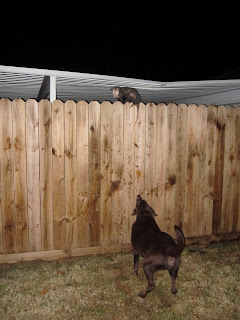 Miss Remmers said…
I think you did a fantastic job handling the situation! I think I'll "steal" a few of your words in my classroom.
March 16, 2010 at 8:34 PM

Chrysula Winegar said…
I've always thought of guilt as a wasted emotion unless it motivates you to an action of change. I can see the parallels here across a number of other key emotions. What is the negative emotion telling us? And then what do we do with it?
March 16, 2010 at 9:06 PM

Julie Pippert said…
Miss Remmers, thanks! And please feel free to use -- I'd be honored.

Chrysula, I completely agree with you. Your two questions are so close to what I always ask myself. Without asking those questions, it is a waste. If we ignore it, we do not end up doing better. We may feel "over it" but it's my theory it will keep coming back.

Thank you for these great comments. I honestly had no idea the response I'd get, and it's so neat to hear how others use this for the positive too.
March 17, 2010 at 3:09 AM

Why!? Heck, this is some of the *most sensible* parenting I have heard of in *ages* - you didn't put up with that nonsense, nor did you get violent or abusive, nor did you lay a guilt trip on them. You simply called them on it and told it like it is (or should be!)

I'm in absolute shock - a lib-rul actually gets something right for once! :-)

April said…
This post was shared by Florinda so I popped over, and I have to say, I totally agree. I think all of this focus on being positive and happy all the time is quite detrimental. It's not that we shouldn't feel shame or anger or sadness, I believe, but learn to express it in better ways.
Oh, and it's not just redheads! My girls' sibling rivalry has some of these same problems, and I never feel bad about being angry about them, but I do sometimes regret how I handle my own anger.
March 17, 2010 at 1:44 PM

ewe are here said…
I'm with you; I'm perfectly happy to tell my boys that they should feel bad or be ashamed of themselves when they treat each other --or anybody else, for that matter-- particularly poorly. And I ask them how they would feel if someone else --say, me-- treated them in the same manner, to try to get them to think about it.

Julie Pippert said…
Ed, thanks! (And I get lottttsssss of things right lol.)

April, so glad you popped by! And thanks to Florinda too. You say it so perfectly: "t's not that we shouldn't feel shame or anger or sadness, I believe, but learn to express it in better ways. "

Kyla, Maggie -- thanks and yes!

MARY G said…
So true, and so wise.
I once lost it when my two were at the grabbing and pushing stage, picked one up under each arm, marched out the back door and dropped them into a snowdrift. In their pajamas. I went back into the house and closed the door.
Two sheepish, soggy and apologetic kids followed me in.
Sometimes, whatever works is what it takes.
Red head temper? Yep.
Great post!
March 24, 2010 at 8:00 PM

August 29, 2007
When we lead our shiny, trepidatiously excited little children to kindergarten in Big School for the first time, I think our real fear is what school will do to our children, what it will turn them into...what they'll learn outside of the lesson plans. I think we fear this because every one of us knows exactly what else we learned in school...the things our parents probably never knew about directly (although I expected they figured it out to some degree, having been there, done that too). I think we fear this because every one of us on some level spends the rest of our lives undoing at least one thing we came out of school with that we don't really like. I've never heard anyone say this out loud, but I think we all realize that school will be, to some degree, both the making of and ruination of our children. And we know our job has transitioned from CITB (Chief Influencer of Thought and Belief) to PUP (Picker Up of the Pieces). I'm not being melodramatic, friends.
19 comments
Read more