The art of friending (and unfriending) 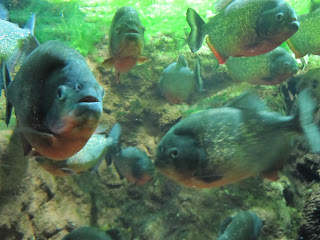 Not too long ago, I was reading a New York Times article about why people unfriend other people on Facebook and it got me thinking about a lot of things, truly.
Okay let's start at the end.
From the article:

"The rules of Internet friendship seem to differ in other ways from their earthbound equivalents. There is a bluntness to unfriending that would hardly fly in real life: “As soon as you have a baby, you become uninteresting,” noted one survey respondent."

Really? You think maybe, possibly, it could be that it's a case of the other person hasn't become uninteresting but, in fact, developed a new life focus that is just worlds away from your own, and that doesn't make either of you bad...it just means you don't fit the same way together? Could it? Sometimes you can overcome that, and sometimes, not so much. Definitely not at all if you act like an ass and accuse the other person of being a bore and thus unworthy of your friendship.
But you know? I can guarantee that nearly every parent can name or guess at a few or more friends they lost after becoming parents. It's one of those mitigating life changes that not every friendship can weather. Usually, though, it's one of those cases where the friendship fades away.
But most curiously to me the study's author asserts that it's unique to Facebook to have a person decide to unfriend you and you just never know what happened:

“One of the interesting things about unfriending is that most real-world friendships either blow up or fade away,” said Christopher Sibona, who wrote the study with his adviser, Steven Walczak, an associate professor of information systems management. “But on Facebook, users actively make the decision to unfriend, and people often don’t know why or what’s happened in the relationship.”

Really, Christopher Sibona, you have a satisfying known case for the end of every one of your friendships?
I don't.
Do you?
It's true that usually friendships fade away. We get busy, paths no longer cross, and new people and things fill well-enough any void we might notice that it's not a pain point, just an occasional mild twinge of nostalgic missing and hoping the other person is doing well.
Rarely, there will be some mitigating factor. Like a blow-up.
But usually there is just no good reason although you can probably think of a hundred excuses.
Sometimes, though, you just get unfriended, in real life. Not just on Facebook.
I think my most mysteriously lost friend was Bridget, someone I met in my 30s. I met Bridget in a mom's group and I immediately thought she was my kind of people. We had a lot in common and did seem to click. We got together, chatted, had playdates with our babies (and really, when they can't even sit up yet, we all know who that time is for, am I right?). We even discussed nanny-sharing, but couldn't get that quite connected.
One day we had a scheduled playdate at a local baby gym -- by then the babies were mobile. And she didn't show. And she never returned my calls or emails, got in touch, replied, or ever showed up anywhere again.
To this day I don't know why.
She just...unfriended me.
That happens a lot in Facebook, and while a lot of times we might not notice, a lot of friends are like Bridget: people we've invested in and we notice when they vanish.
At least, though, Bridget knew why I wanted to be friends with her -- something she might not have if I'd just sent a friend request to her in Facebook.
I admit I have more than a couple of friendship requests sitting in queue, awaiting response from me. Unfortunately, at this time, I can only accept or ignore.
I wish I could instead have a conversation -- who are you, and why did you want to friend me in Facebook?
Here's what I think:
1. Don't ever send a blank friend request unless you are absolutely positive the person knows who you are, and even then, it's best to include a brief message about why you want to be Facebook friends.
2. Don't hate on people for what they post. Instead, let it expand your horizons, even if only for a laugh (ahem FARMVILLE ahem) or to cause you to think through your own closely held beliefs or political positions. (By the same token, don't post hate. You don't need hate to be critical in your thinking.)
3. Don't hate on someone's status. Unless someone specifically opens a discussion, clearly, and invites debate and disagreement, think about it: posting something hypercritical or worse on someone's wall is walking into their party and dissing them loudly, publicly. I can take discussion and even disagreement as well as the next person, or even better (since I sort of thrive on it) but the time someone posted "COWARD, you're a horrid mom" in reply to one of my blog links was not a good moment. I know it said more about her than about me, but still, I was left with this ugly mean thing in my space, on my wall. It was a quandary: be a big girl and leave it or delete it? I've even been the bad guy. I posted something I intended to be funny and instead it offended. My friend deleted the entire thread, but notified me via private message. It was very civil, and I think a fair enough act. I appreciated being notified, took the chance to apologize, and vowed to be more cautious and thoughtful going forward. You don't have to be a yes man or agreeable at all times, but try disagreeing diplomatically, which might mean privately. And never be afraid to ask: is this open for discussion, even if it includes disagreeing?
4. If someone puts up a new profile photo feel free to tell that person how great they look. Take any opportunity to send some love to people.
5. Let friendships, real ones, and even lightweight Facebook ones, be the measure of your commitment to relating to others. If you make the decision to unfriend, that's an action -- it's not a case of a blow up or fade away. The worst hurts I've ever seen from anyone is when they get dumped by someone they care about and don't know why. Have the courtesy to let the other person know, in a kind way, if you think they'll notice your departure. Don't leave someone hanging at the play gym looking for you for two hours. If you've been a silent lurker, maybe fading away is best. But if it's someone you've interacted with and something causes you to decide to unfriend, talk to the other person first. Maybe it can be salvaged. Maybe not. Either way, you won't just POOF! vanish.
Real friends might last a sprint or a marathon's length of time. The real mark of a friend, though, is someone who make communicating with you something valuable and important.

Magpie said…
I did so enjoy sending you an envelope full of leaves. That was valuable and important, right?