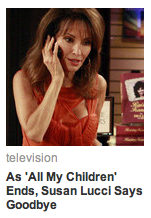 Tinu said…
It's definitely an unsettling feeling, watching the world speed up while you get to the part of life where you're supposed to be enjoying a bit of slow down.

And we got the internet, which came with hundreds of changes in the way we live daily life, that also cascaded and exploded into several areas at once, multiple times.

Our parents had to deal with losing vinyl to CDs in their prime. We went from CDs, to mp3s offline, to mp3s online, to streaming, in about the same time period.

Then we had to deal with the same changes in multiple mediums - books changing, television, newspapers, publishing, journalism, marketing, all at the same time.