How we teach boys and girls about kissing is all wrong 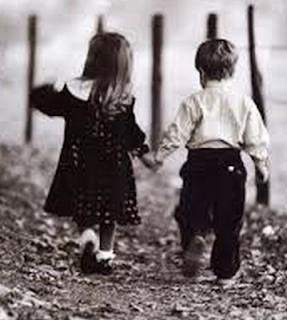 When my daughter was in kindergarten, a boy friend kissed her. To my mind, both kids were equally a part of the kiss because it was mutual--they were playing Marriage, and had just pretended a wedding. To me, it was play. Nobody grabbed anyone or coerced anyone and nobody felt threatened or worried or bad. They even had a discussion about it in advance and decided cheek would do even if grownups did lips.

But others felt differently. The boy's mom was horrified, or maybe terrified? She imposed a severe consequence on him and had the school do the same. She apologized to me and made the boy apologize to my daughter.

One thing I know: this lady is a fantastic mom with wonderful kids.

One thing I understand: we do have a rape culture and I deeply appreciate boy moms who work hard to teach boys about respect and consideration of girls.

One thing I believe: we have to do something to improve how our boys and girls interact. That means effort with both boys and girls. Preferably in some positive and constructive way.

One thing that perplexes me to this day: why, all facts considered, in my specific case, everyone perceived my daughter as "the victim" and the boy as "the perpetrator." Odds are, my girl chose the game. Either way, she agreed to the kiss. I didn't want the boy punished -- I thought either neither kid or both kids. So everyone compromised and went with a reminder to both children about "okay touches and not okay touches" and how no kissing in class was a rule. That still sort of broke my heart.

One thing I think: I'm not sure that how this situation was handled or how other situations similar to it (as in the news story I'm posting below) do any good at all. The outcome of my case is my daughter never again played Marriage and decided it was not okay to be friends with boys, even though she enjoys boys as friends. I just can't help but wonder if we worsened the problem we were trying to solve.

So now we teach boys that ANY touching of a girl is a criminal act, so how do parents get across okay and not okay in the face of this? Because there is a distinction of okay and not okay. But we're losing it, I think, and I believe that's worsening the problem.

What do you think?

News story: Boy, 6, suspended from school for kissing girl on cheek and hand

StarTraci said…
Thank you! I was shocked at how the school responded. Even if the kiss was undesired he is 6 and needs positive re-direction not to be made to feel like a criminal. There is a reason that laws are different for children than adults -- children don't understand cause and effect. Teaching him how to properly express his feelings rather than punishing him would have been a far better use of the school's time.
I am a mom of both (including an over-hugging, over physically affectionate GIRL) and I try to teach them both that it is important to check in with their friends and use appropriate personal space.
Alas...
Traci
December 11, 2013 at 9:12 AM

Korinthia Klein said…
I think zero tolerance policies are seldom a good idea. Life is nuanced, and we don't do our children or society any favors by forcing people to think in such black and white terms. What your child did was like being in a play. It was consensual and didn't harm anyone. To treat the incident as if it did was to create harm where none existed in my opinion. I think good people are overreacting in cases like this in order to feel like they can create balance in a world where so much injustice goes unchecked. We need to be more rational and keep things in proportion.
December 11, 2013 at 10:27 AM

Sandra Fernandez said…
Zero tolerance is like mandatory minimums, it doesn't take into consideration context and doesn't allow for humans to interpret. It's supposed to be there to provide equal punishment regardless of who is deciding on it or the extenuating circumstances. What it actually does is take the human element out and create situations like this.
December 11, 2013 at 11:55 AM

S said…
I think that this has gone way overboard, and that the school admin acted foolishly.