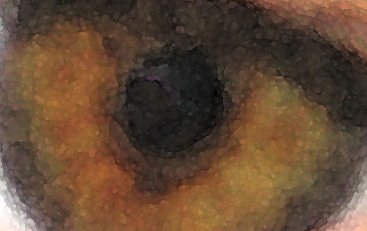 Does it worry anyone else to hear, "The FBI delivered a total of 9,254 NSLs relating to 3,501 people in 2005, according to a report submitted late Friday to Democratic and Republican leaders in the House and Senate."

Source: FBI secretly sought data on 3,501 people in ’05: Agency ramped up use of approach that requires no court approval

Just the very name sends me into SS shudders.

NSLs allow the executive branch (and whoever else their secret groups allow---or the entire nation should Bush and Cheney decide to allow some patsy to leak secret, confidential information to the tabloids...err, newspapers) to see just exactly what you are up to, via your bank, financial, telephone, Internet and heck, just about anything they can tap into to track you. (Imagine some Feeb sitting there reviewing your grocery purchases. Fun!) Without a court order. Without your knowledge. Therefore, without your ability to prepare or defend yourself. Or (my favorite part) ability to face your accuser and the accusations/suspicions against you.

Hey listen...at least they aren't spying on your library records. Yet. But they can.

And they are spying on businesses. 155 warrants through a secret court to examne business records.

This disclosure is required by the Patriot Act (another name that gives me the Pledge Loyalty or DIE DIE DIE! shudders) and is the first time the Bush Administration has admitted how frequently they are spying on their citizens.

Let me say that again: SPYING on CITIZENS

If you aren't shuddering, if you are mentally defending the practice, well, feel free to leave a comment, but make it respectful and intelligent. I realize those conditions tie your hands. Such is life.

The main counterpoint I hear is, "If you haven't got anything to be ashamed of, then you shouldn't worry."

We all have things we are ashamed of. We all have a right to privacy and protection of our rights under that document currently being used as toilet paper by our current administration: the Constituition.

The court order process---due process, due diligence---is there for a reason.

For those of you who snoozed through your civics classes---and I have begun believing there are an awful lot of you---let me define due process, and cite the 5th and 14th Amednmenments...actually, let me let wikipedia do it:

The Fifth Amendment contains a guarantee of basic due process applicable only to actions of the federal government: "No person shall be... deprived of life, liberty, or property, without due process of law...." The Fourteenth Amendment contains the same phrase, but expressly applied to the States. The Supreme Court has interpreted the two clauses identically, so under the federal Constitution, there is no substantial difference in protection from federal or State action. However, State constitutions also have their own guarantees of due process that may, by their own terms or by the interpretation of that State's judiciary, extend even more protection to individuals than under federal law.

What if the commission of a crime unrelated to any sort of homeland security issue is uncovered in this NSL sweep?

That crime is at risk of failed (or no) prosecution because due process was violated.

Due process and civil liberaties are the hallmark of this democratic nation.

If you are ready to simply throw that away well...

You know? Frequently in response to my criticisms of the hubristic high-handed MO of the Bush Administration, people tell me I am free to leave the country.

How about: if you don't like FREEDOM, I know some super sweet areas of Africa and the Middle East that are FABULOUS for you.

I happen to love the freedoms and protections at the heart of the US. I'm sickened to see them abused, misused and tossed aside. No good will come from it.

I don't see a lot of terrorists caught...do you?

What I do see are security agencies who are blinded by a quest for vengeance and self-justification for existence and the broad, ungoverned rights they continue to seize.

And just where is this going?

Hey on the bright side, judges will get more time off and legal defense costs will drop dramatically. Of course, we'll need more land and funding for all of the people jailed, without benefit of a fair trial. People sitting there, much like some of those in Guantanamo, who don't know why they are being detained (my favorite euphemism for jailed without due process or fair trial for as long as the jailers want) and have no access to any legal assistance.

Momma Star said…
The Constitution. Lately I've been thinking it might be a good idea to memorize and be able to recite that document.
April 29, 2006 at 12:38 PM

KK said…
The current administration is hellbent on using the constitution for kindling. They will be standing around a bonfire singing something about protecting us while burning our own citizens at the stake.
April 29, 2006 at 1:53 PM