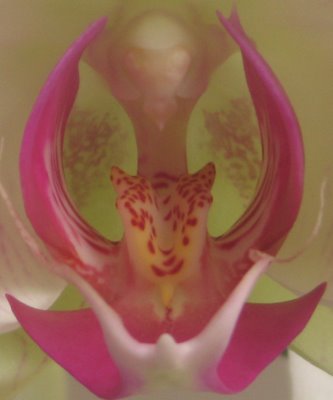 I never actually watch live TV. It's all TiVO. So today, I was two weeks behind on American Idol. I watched the Queen Theme episode.

It's possible that the performances were okay.

From where I sat it was an utter disaster. I think Katharine McPhee has a lovely voice but I cringed all the way through her rendition of "Who Wants to Live Forever." I did thank whatever common sense gods convinced Taylor to not sing "We Are the Champions."

I admit, I haven't heard any of the covers of Queen out there on the tribute albums, and I have even avoided Sarah Brightman singing "Who Wants to Live Forever," although with her classical training and performance experience I imagine she gets it a little better than the average singer.

To ask Idol contestants to step out and simply sing this music is, well, a special sort of hubris. This is not music to just sing.

That said, I humbly request that American Idol not dip into the rock royalty again.

No more Queen, and while at it, no Prince either. Stick with genres, not artists who are a genre unto themselves.

I do suggest the 007 theme episode. All singers can sing title songs from any James Bond film. How about that?

josetteplank.com said…
I don't watch AI, but I do think a an AI with a 007 theme is inspired!

Hey...have you seen the movie American Dreamz? It's great! A spoof on AI with the president ( a very GWB-looking Dennis Quaid) as a judge and a terrorist as one of the contestants.

Julie Pippert said…
Thanks chicha! For both the compliment and the validation.