Do you miss summer?

February 12, 2006
I don't. I don't get the chance to, here in the subtropics, because the verdant green blooming season never ends.

I would never miss summer here, anyway, because summer is oppressive and I retreat indoors more than I ever did even in cold winters, like when it stayed in the low teens for a month.

Today was actually a gorgeous day: little windy with plenty of direct sun, and highs in the mid-60s.

After a birthday party at the gymnastics place, we decided to go to the 5th St. Cafe and Wine Bar. It was so nice, we ate outdoors, where my daughter learned two new words: pinot grigio (Gabbiano) and alfresco.

While waiting for my food at the cafe, I took some photos.

Here is what winter looks like for me today: 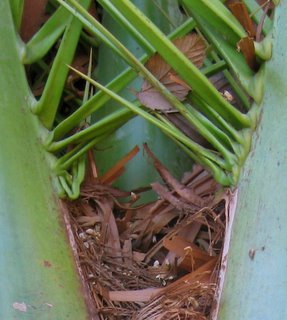 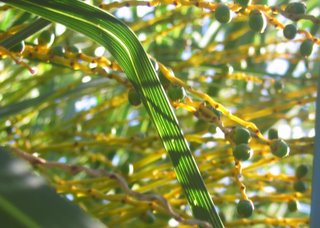 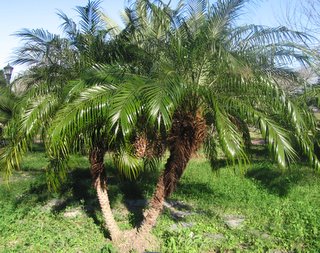 My daughter's two new vocabulary words worked in her favor because they loosened up my husband and I enough to agree to a quick stop at the Boardwalk for a little playtime.

Her favorite street performer---the burning chair man---was there, but not performing. She loitered and stared hard and meaningfully at him, but he just kept chatting on his cell phone, oblivious to her mental orders.

Eventually she gave up and we moved on to the playground. I sat with the sleeping baby while my husband and daughter ran and played.

Also there were four teens; they were about fourteen at a guess. They were completely out of control of themselves, and I don't per se mean how they behaved. Their bodies were foreign to them, as were the thoughts and feelings coursing through them. The girls were so excited to be out with boys I could see the near frantic shimmer of it under their skin. They could barely keep their feet on the ground, and they had little to no mastery of movement or speech. They boys were in a state of numbness, due to overstimulation I imagine. They sat a bit like bumps on a log, seemingly processing, with occasional unexpected leaps or shouts. The quartet was discordant, allegro molto...yet almost fractal-like in their chaos.

However, their performance impressed us little and we left shortly thereafter.