June 05, 2007
EDITED WITH UPDATE:Since I have come to doing Hump Day Hmms every other week, and the deadline often seems burdensome to most, I have a suggestion: I put up the Hump Day Hmm "assignment" one week, and do the Host Post the following week. So assignment and post alternate weeks. This gives everyone a full 7 days (or so) to get around to it. How's that? 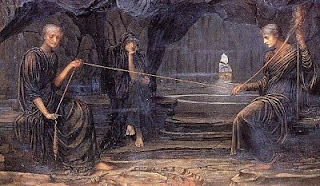 If I sat and listed the times happenstance has brought challenge, difficulty or harm to me, it would be a long and depressing list. For example, the time practically everything we owned was lost or ruined during a move. For example, my cousin dying so young and tragically. That's quite enough. Actually, today, when I sat and thought, most of the things felt like beaten rugs; they felt largely done. I've been doing a lot of letting go lately.

The bottom line is that we can't control everything and sometimes this can make us feel powerless, and angry. Eventually, though, we need to move forward, and if theory holds, that means forgiving, letting it go. 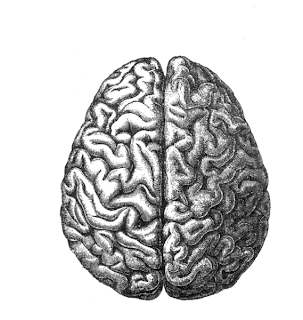 In 1988 Mr. Grzebski of Poland was in an accident that put him into a coma.

The world has changed a lot in almost 20 years. Poland especially. Mr. Grzebski says he is amazed at the plethora of goods available in the store, the new technology, and by life in the 21st century in general. When he went to sleep, Poland was a communist country and now it's a democracy. He missed his four children growing up and getting married, and the birth of his 11 grandchildren. I'm sure he is glad for the time he gets now, but he lost almost 20 years of his life. That must take some heady reconciling to get through and adjust to life as it now, a life that kept moving even while he did not.

After I read that story I was struck: wow, what if I fell into a coma...what would I miss, how would I deal if I woke twenty years later?

I thought about several aspects:

Thus the idea for the Hump Day Hmms of ths week was born.

If you choose to participate (and I sincerely hope that you do!!):

Send me your links and I'll post them in the Host Post. I really hope to see a lot of you take this on. I admit I am so curious about all the various perspectives on this.

Christine said…
Thisis very interesting, and I'll do it. I have a meme from Sage i need to do first, so maybe later in the week.

That is so sad about your cousin. Were you young too?

If we sit and think to hard about all that happenstance brings to our lives we'll go absolutely batty, I think. Though I think it actually takes some time to come to the point where we understand it is happenstance. Know what i mean? I think we so often look for answers to the whys of it all and the what could we have done differently questions. It can take a while, like you noted, to be done with it.
June 5, 2007 at 1:51 PM

thailandchani said…
What an interesting concept! I'll take it on.. simply because at this moment, I have absolutely no answer. Time for the thinking corner. :)

Have you ever read the book by Stephen King, quite old, called "The Dead Zone"? Similar premise.

S said…
I'll try to do it, but I am swamped. If I can do it at all, it will certainly be late.

Unknown said…
Hmmm... I doubt I'll have the time/energy for this but it sounds so tantalizing. At the very least, I am looking forward to reading what others have to say. Maybe--if the Fates allow--I'll have something ready to share.
June 5, 2007 at 4:50 PM

Girlplustwo said…
very interesting. this might be a week that i am again the observer, but observing all the same.
June 5, 2007 at 9:17 PM

atypical said…
I love this and HOPE I manage a little time to write something today. I have my doubts (things have been crazy). Maybe if I take the laptop to piano with me....

Julie Pippert said…
Oh man this is a case of "I stink either way" LOL.

I will uhhh...think of something!!!

Julie Pippert said…
By George I think/hope/pray I've GOT it...two host posts, round one and round two.

Anonymous said…
I love the every other week idea, with a week to do a post. Even the reading gets overwhelming for me.