The battle of the sexes: Is it a necessary spectacle? 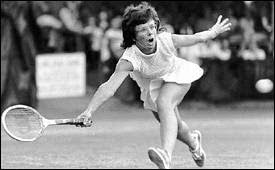 Let's review the battle of the sexes in the blog world this week (in order to prove it's NOT JUST ME):

Citing makeup and cell phone abuse, Mitch McDad set out to prove in an eloquent and entertaining post that men do have one arena in which they are superior to women: driving.

He was even gracious when I pointed out that car insurance actuarial tables disprove his thesis in four simple words: higher rates for men.

Finally exposing a degenerative male disease that interferes with the quality of life for men and women alike, Jennifer movingly discusses the common frustration of wives who are married to men who can't find the noses on their faces.

Commenters reveal a side disease---selective deafness---among other hilarious conditions and syndromes.

I'm hard-pressed to choose whether I should add "hilarious" as the adjective for the post or the comments. Both are funny. Just read.

3. World of One Thousand Things---Hard Science

A rude comment from a male colleague causes Aliki to ponder how motherhood is viewed and accommodated in the workplace.

With graphs and charts (even!) Joeprah explains why television channels devoted to shows that hate it up on men are simply no good for anyone.

Married Jen M and her single-but-dating friend compiled a list of what men want...you'll laugh (and cry)...

6. Bitch PhD---Prostitution: How does it affect you?

Tackling the john-prostitute story from a mother and feminist angle, she has some of the best points and suggestions about how to consider the Spitzer scandal and how to handle it with kids.

Liz validates how a lot of working women feel when she asks, "Are there any men who feel they can't go on a job interview, point at a framed Sears portrait on the desk and say "Well hey there, I'm a family man myself!"

Are there any men who are scared that that when they mention their kids, a recruiter will think they aren't the best person to write a beer ad or a car campaign? Are there any men who worry that while the guy across the table is smiling and pumping his hand, that in his head, he's thinking "Hm, he'd probably be happier if he were home with the kids."

a. The husband's perspective of "male pattern blindess"

b. On the seemingly never-ending cycle of stuff moving in and out of storage

c. On the minefield that is "answering your wife's questions"

Have any to add? Let me know!

Have any comments on this topic? Add them below! (Turning off word verification...FWIW...)

Note: Click on the image to get the story behind the photo and the title...if you don't already know who and what it is...

SciFi Dad said…
Those are some really great and funny posts.

I have been known to write about matters of disparity between the sexes from time to time. I'll put a couple links here; there's no need to share them unless you really want to:

thailandchani said…
Interesting. I don't believe there really is a "battle" between the sexes at all. Just a lot of misunderstanding from lack of communication.

Jennifer S said…
There are some great perspectives among these, and I haven't read even half yet. Terrific compilation...off to read more.
March 27, 2008 at 5:13 PM

Anonymous said…
A very complete review of the battle of the sexes week in the blogosphere! I had no idea...I must check these out.
March 27, 2008 at 8:15 PM

Anonymous said…
Battle of the sexes, pretty much so, I guess. If not, the book, Woman are from Venus and Man from Mars wouldn't be selling like hotcakes even till today.
March 27, 2008 at 8:31 PM

Robert said…
To the particular gender based diseases, I would add one my mother suffered from that was clearly genetic, though it may have some side effects on close relations such as a spouse. Her disease: the inabiity to hear anything said by someone who shares half her genes, even in response to her own questions.

Queen of the Mayhem said…
OOOOHHH...I can't wait to read these posts!