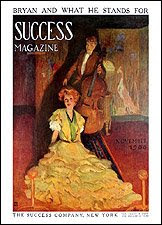 Today I am listening to the words of others. Yours. And these.

The empirical relationship between social comparison and body image has been evaluated among college students, primarily for women. The general finding has been that females who have reported more appearance-related social comparisons have been more likely to be dissatisfied with their body images (Faith, Leone, & Allison, 1997; Stormer & Thompson, 1996; Thompson, Coovert, & Stormer, 1999). The linkage between social comparison and negative body image may be enhanced in the research because the targets of the appearance comparisons have frequently been models and celebrities presented in the media (Botta, 1999; Taylor et al., 1998). Media images of thin females and muscular males represent idealized versions of physical attractiveness. Analyses of appearance magazines have revealed a steady bombardment of images that have underscored the importance of idealized appearance (Cusumano & Thompson, 1997; Spitzer, Henderson, & Zivian, 1999). The repeated media images of thin females and muscular males make these forms seemingly the standard of attractiveness. Social comparison to these idealized images then appears to promote a discrepancy between the attractiveness of self and other, leading to a more negative evaluation of self.

But what about beyond looks? What about esteem with regard to sense of self worth and accomplishment?

Just about any sports movie, airport paperback or motivational tape delivers a few boilerplate rules for success. Believe in yourself. Don’t take no for an answer. Never quit. Don’t accept second best.

Above all, be true to yourself.

It’s hard to argue with those maxims. They seem self-evident — if not written into the Constitution, then at least part of the cultural water supply that irrigates everything from halftime speeches to corporate lectures to SAT coaching classes.

Yet several recent studies stand as a warning against taking the platitudes of achievement too seriously. The new research focuses on a familiar type, perfectionists, who panic or blow a fuse when things don’t turn out just so. The findings not only confirm that such purists are often at risk for mental distress — as Freud, Alfred Adler and countless exasperated parents have long predicted — but also suggest that perfectionism is a valuable lens through which to understand a variety of seemingly unrelated mental difficulties, from depression to compulsive behavior to addiction.

Self-perceptions and self-evaluations depend not only on the absolute nature of one's accomplishment and performance but also on the way one measures up to relevant peers (Festinger, 1954; Suls, 1977; Wills, 1981, 1991). Opportunities for such social comparison are ubiquitous, as everyday social interactions and the media inundate us with information about other people's accomplishments, actions, and lifestyles. Furthermore, the comparison process itself often seems relatively automatic. Most find it next to impossible to hear about others' successes and failures, or good and bad fortune, without reflecting on their own accomplishments and status. People learn early in life that success often is a matter of relative rather than absolute performance and, consequently, strive to learn how they stand relative to "relevant others." Indeed, such social comparison processes often may be highly adaptive. As Festinger (1954) suggested, successful social functioning requires people to evaluate the merits of their views and abilities, and in the absence of objective information, such evaluation necessarily depends on social comparison.
...
. . .researchers increasingly have shifted their focus from the dynamics of the
comparison process itself to the hedonic consequences of such comparison. Much of this work has proceeded from the simple assumption that upward comparisons generally are threatening to well-being and self-esteem, whereas downward comparisons are self-enhancing or reassuring. Many laboratory and field studies (e.g., Morse & Gergen, 1970; Wheeler & Miyake, 1992) have supported this proposition, showing that greater increases or smaller decreases in participants' subjective well-being (e.g.,
elevated mood, enhanced self-esteem) follow downward comparison (e.g., Hakmiller, 1966) and greater decreases or smaller increases in subjective well-being follow upward comparison (e.g., Wood, Taylor, & Lichtman, 1985).

Empirical and anecdotal evidence, however, suggests that the affective consequences of a social comparison often may depend less on its direction than on the context and manner of its use (e.g., Brickman & Bulman, 1977; Buunk, Collins, Taylor, Van-Yperen, & Dakof, 1990; Taylor & Lobel, 1989; Tesser, 1988).

What do you say?

le35 said…
Stand still and look pretty. . . I love that title, and it really does describe the rest of your post. It seems like people with brains who think for themselves are the problems with American society. Interestingly enough, thinking for ourselves is what helped us found America. Japanese companies are wonderful at making something better, they make great cars, but they didn't invent the cars. We need to create and be different, it's what will save the USA. But as we encourage the standardized, Barbielike mentallity, we'll run headlong into a wall of trouble.
March 26, 2008 at 9:43 AM

thailandchani said…
Interestingly, last night Primetime had a segment about this issue. In it, they had actors portray a fat woman on a bench and three thin women harassing her in a public place. Very few people intervened and said anything - but the ones who did were really angry.

It seems being overweight is the last socially acceptable prejudice.

And abuse, by judgment, is sanctioned. It's okay to make comments about body type where no one would dare make a comment about skin color or any other physical attribute. "Oooooh. Yecht! You have blue eyes!" That would never happen.

But.. if there was a pill that everyone could take and there would be no variance in body size, that prejudice could become acceptable. Blue eyes, blond hair, red hair, teeth too big, teeth too small, feet too big or too small -

It will always be something because the combination of an inherent belief in limited resources and a bully culture are a deadly match.
March 26, 2008 at 10:04 AM

Anonymous said…
Not really related, but there's a typo in the link to attachedparent that redirects to a very ad-busy bible site.
March 26, 2008 at 10:13 AM

Jenny, the Bloggess said…
But what's the answer? I'm totally perpetuating the crap by lightly photoshopping even my own pictures. I wish I could stop.
March 26, 2008 at 10:34 AM

Unknown said…
Very thought provoking. I started writing a piece not too long ago about the way we choose books when the author is attractive, and how important those back cover pix have become.
March 26, 2008 at 10:42 AM

Liv said…
is it okay if i just love you today? my brain is not functioning at full tilt! so, i'm here, you're there, and i'm patiently waiting to hear about the next blogging cocktail party. please make it on a weekend when i don't have kids!
March 26, 2008 at 8:39 PM

S said…
I say, for one thing, that Sonia Lyubomirsky and i were in grad. school at the same time. Look at her now (professor), and look at me (SAHM).

Oh, yes... What were you saying? About social comparison theory?

Christine said…
dude. it is early and i am totally congested, so forgive my lack of brain power so not sure how much i can contrubute to the social comparison theory. . .

but comparing ourselves and others to a societal "norm" or a ridiculous standard is dangerous. i think we all know this on an intellectual level as well as on a gut one.

painted maypole said…
i have a friend who cannot look at cosmo or vogue because it really depresses her
March 27, 2008 at 11:10 PM