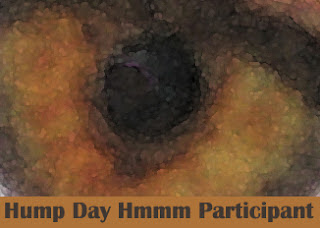 * I'd say call Webster's here, but errr...this is from the dictionary.

What's your gut reaction to the above words? My gut roils, and not pleasantly. Each word carries a fairly bad---perhaps even nasty---connotation. Those words are the rationale we use to harm others. I'm not picturing a billy club to a head per se (although there is historical precedent). I'm picturing less obvious harm as well, such as dimming someone's soul.

The thesaurus asks us to consider: a person's bias is based on facts, but prejudice occurs without a person knowing or examining the facts.

The facts. We've studied facts in school, class, the newspaper. We see prejudice at work in the past and in the present. I could link to example after example...but I don't want you to click away. Take a moment and pause though...think about things you studied, have seen, and read that demonstrate prejudice, bigotry.

It's much easier to track the etymology of the words than the origin of sentiment behind them, and why it continues on to the acts you just contemplated.

However, tracking the sentiment is exactly what we've been doing last week and this week, in the Hump Day Hmm, independently, and at BlogRhet.

We're creating mindfulness about attitudes, and how we discuss them...when they are beyond bias and into prejudice.

The thesaurus asks us to consider: perspective is a way of regarding situations or topics or a mental view or the state of one's ideas; prospective means concerned with or related to the future.

Let's be prospective about perspective.

Last week, I posted some questions others had asked, and suggested those as some contemplative points for this week's Hump Day Hmmm. As always, you can post your thoughts here in comments, or post them on your own blog.

If you want your post included, in addition to linking back to me in your post, also include a link to BlogRhet (we use this for tracking to see who we need to link to). If you want suggested verbiage, consider:

Then email your post's URL to me at j pippert at g mail dot com. I'll post a link to you here.

Here's what people have to say so far...

Check out BlogRhet for guest posts and discussions.

Kyla wrote Get Your Think On.

Sephyroth wrote It's not all about race

Note: If I am slow to respond, post your link, reply to questions and comments, etc. please forgive me. There are two storms tracking this direction, one with the power almost equivalent to Hurricane Rita IF it goes to hurricane (which NOAA says is likely). I do live in a mandatory evacuation area, and although I've talked big about Rescue Me From My Attic, Dude, Because Mama Ain't Budging ever since the Rita-evacuation horror of 2005...we're still preparing to evacuate just in case. So today I will spend running down my hurricane preparedness checklist, which means busy with one more big time-consuming task above and beyond the day that already was wicked busy. I so do not need or want a massive hurricane just now. I know nobody ever wants it, but please, let's just let the one in the Gulf disorganize and peter out to nothing much whatsoever, and the tropical storm spin itself out to sea and miss landfall altogether. I don't think mama's constitution is constituted to live in Hurricane Alley.

Her Bad Mother asked: where race *is* unseen (and on mnay, many blogs it is - case in point with your complicated family history, case in bigger point with bloggers like Stefania who only very rarely reference race on their primary blogs), is it important that it be made *unseen*? Do bloggers have an obligation to write their racial/ethnic/cultural (not to mention sexual, etc.) identities into their texts? Do *readers* have an obligation to seek that information out? How do we navigate this issue in a community that allows - even encourages - certain degrees of invisibility?

Another point to ponder from Her Bad Mother: Is it a *privilege* to not care about race? A privilege to those who - being (usually) white - don't *have* to care about race because it's never presented itself as an issue in their lives?

Christine of Running on Empty asked: One question I would pose to you and anyone who really identifies themselves as mixed race is how does identifying as mixed race affect your writing, if at all? Can one be considered mixed race in an adoptive situation? How does outward appearance affect people who identify themselves as mixed race? How has being a racial minority or of mixed blood drawn people to you--both negatively and positively? How and when has being "white" made a person the minority in a group?

Joy of Gingajoy asked: What is happening in white real world communities that sends many women seeking for help and community online? The recurrent story in the mommyblogpshere is that of the alienation and isolation that occurs when a woman finds herself a mom. Blogging becomes a way of coping and processing that identity shift, and also finding a less didactic form of help and support that one finds in The Parenting Manuals. Is this a "white" thing?

Another point to ponder from Joy: What brings various communities of women to blogging?

Snoskred asked how we should consider a person's ability to sympathize due to marginalization or discrimination of another aspect beyond our control (such as gender or weight) and also brought up consideration of cultural envy, "...we see other cultures and think wow, it would be great to belong to a culture in that way? I don't have my own culture."

Rachel mentioned Unpacking the Invisible Knapsack by Peggy MacIntosh...this is also a good read or refresher if it's been a while since you read it.

I am reluctant to dip my foot into this one too much, simply because I don't want to be one of those people who pounds on the same old drum until people get tired of hearing me. (Duh! They probably are already.. :)

To summarize, just for the purposes of the comment forum, my position is that racism (and all the other -isms) is a predictable outcome of economic inequality ~ and the inherent need for an underclass in order for capitalism to survive.

I'm still pondering yesterday's post... so I'm heading back there in a while.

Anonymous said…
Just to point on what HBM posed. I think to anyone where race is a factor (be it they are seeking a particular person they can relate to or they are bigots and really don't want to assocaite with a particular person) then, I would think they can easily find signs or hints to a person's race on their blogs.

I would suspect that it is nearly impossible to "hide" this fact, even if you never outright state or refer to who you are. It just naturally comes across at times, especially when you post photos.

(but on the whole, I would say there is no obligation to do anything on your blog at all - it's your space and your voice and completely your choice!)
August 15, 2007 at 12:15 PM

Julie Pippert said…
PM...I think it's going to remain a tropical storm and I'm pretty sure it's not going to direct hit here, although it will a wee bit south...we'll get hit by the edge). I could spew loads of meteorological info at you but here's why I know:

1. My flood insurance is paid up.

2. My important documents are in my portable file.

3. I have all the essentials stocked.

4. I have an inland evacuation site.

Okay just checked latest from my fave weather guy and NOAA; it's hitting further north than they expected. So we'll get more than we thought here.

IT FEELS GOOD. Whew cool off.

Amie Adams said…
I'm so happy this conversation has legs. Thanks for continuing it here.

S said…
Oh darlin', I hope it misses you, or at least hits weakly.

Bobita said…
Julie,
I am working on a series of posts at http://bloomingyaya.blogspot.com

And, my GOD...frantically sending well-wishes your way. (And, of course, cursing Dean and his smack-down tactics. Go away Dean! Go AWAY!!)